1 000 €
réserver cet exemplaire
New York: E. P. Dutton & Company, 1943  1 vol. (150 x 215 mm) de 435 pp. et 2 ff. Toile éditeur rouge, jaquette.
435 pp, 2 leaves. (21 x 15 cm). hardcover, ill. dust jacket.
First edition.
Inscribed : « à Dorothea et Max Ernst, affectueusement, Hélion, Nyc 45 ».
They shall not have me form Jean Helion's testimony on his experience of captivity in Germany, from the June 1940 defeat to his escape in 1942. One of the most prominent painters in the field of non-figurative painting, Jean Helion left New York in January 1940 where he lived with his wife, Jean Blair: he ardently wanted to participate in the Second World War, " perhaps because I felt that I had not fought enough to prevent it from happening," he explained later. However, from 19 June, on the borders of the Eure-et-Loir and the Loir-et-Cher, he was interned in an abandoned barracks and then transferred to Pomerania. There he discovered the world of forced labour camps, from which he escaped on February 13, 1942. Back in the United States, he writes and publishes Ils Shall Not Have Me (Ils ne m'auront pas auront pas) where he says hunger, fatigue, the suffering of the body, but also the shame of humiliation and guilt for coming out of it living: "We were not only miserable, we were ridiculous[...] We were not worth no need to be killed [...] a rift has opened in me that will never close again ", a flaw that will definitely change his way of painting. "I could see that the most penetrating abstraction could no longer embody what troubled me: a violent passion for life, the one that was then denied to me, the streets, the people, the things," he will say in March 1944, in an interview explicitly entitled "How War Has Made Me Paint". He then abandons abstract art for figurative art.
Precious copy of the couple Dorothea Tanning and Max Ernst. The painter had met the woman who would share his life in New York in December 1942. He discovered both a woman and a painting - the famous Birthday - while he was commissioned by the Julien Levy Gallery in New York to prepare a painting exhibition bringing together thirty women. Dorothea was one of them. Max Ernst had recently arrived in America, following in the footsteps of Peggy Guggenheim - whose daughter Pegeen Jean Hélion would marry - after having had difficulty leaving France. Like Jean Hélion, Max Ernst had been interned between 1941-1942, notably at the Milles camp near Aix-en-Provence.
Rare and ideal provenance.
24338 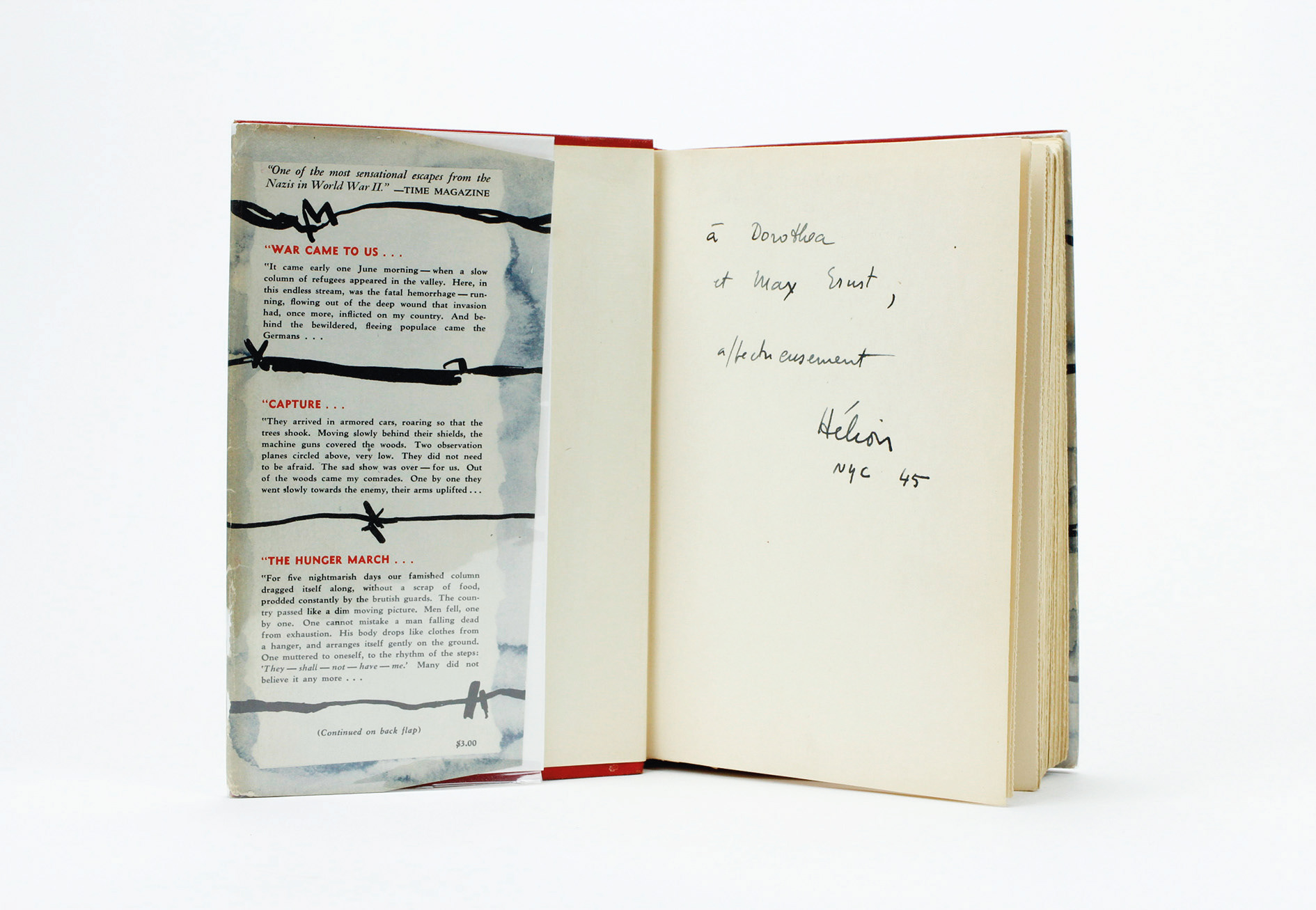 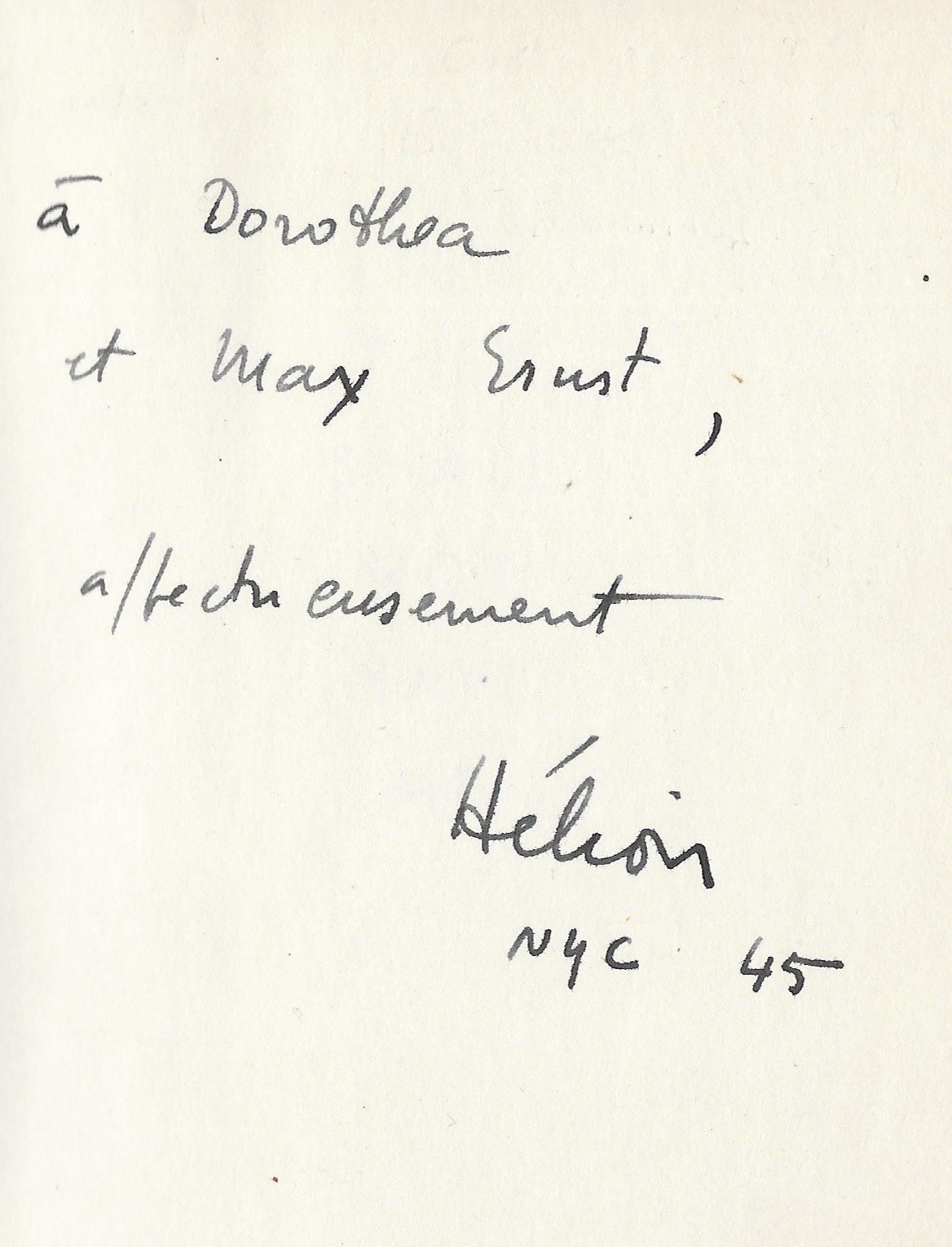 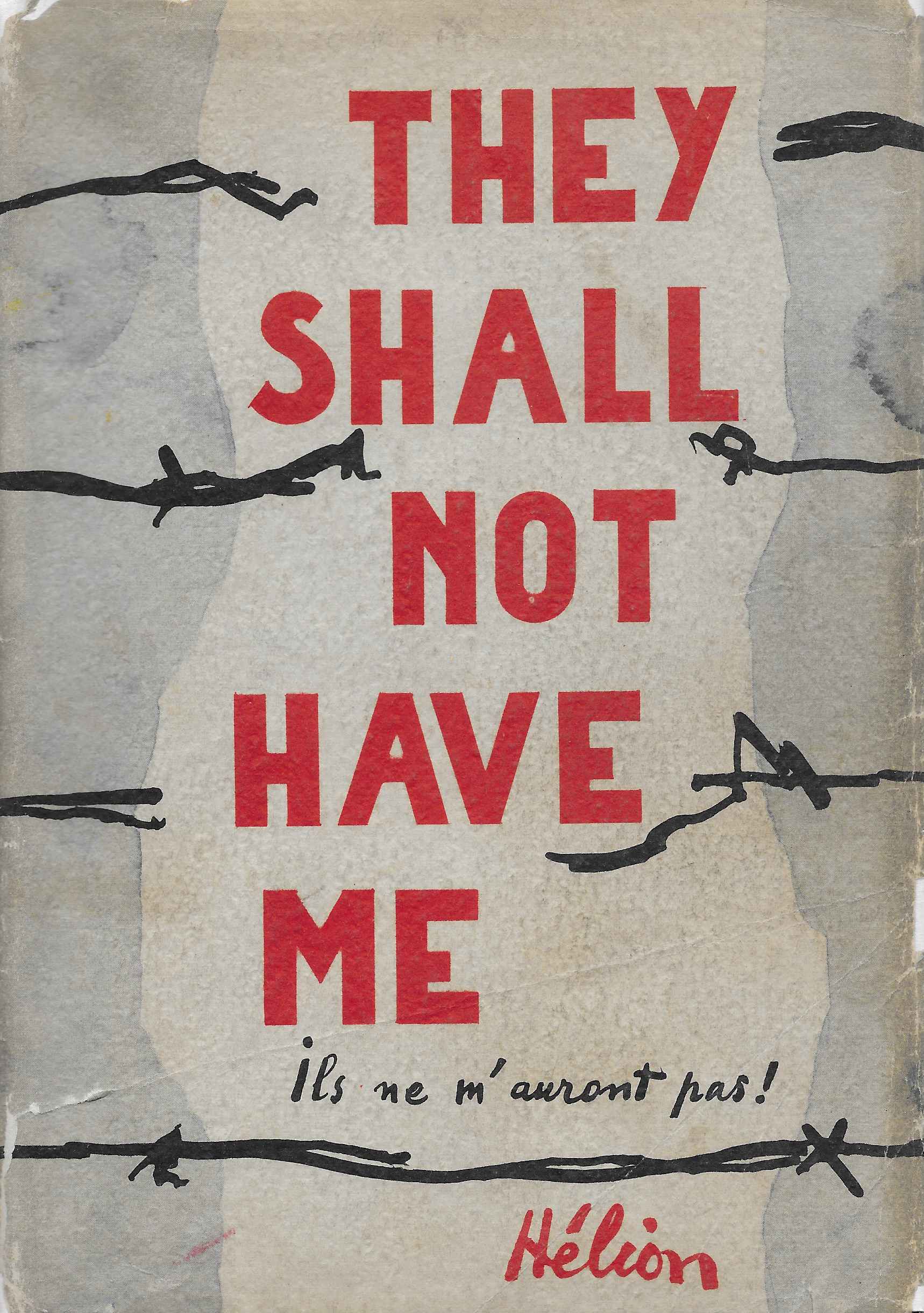